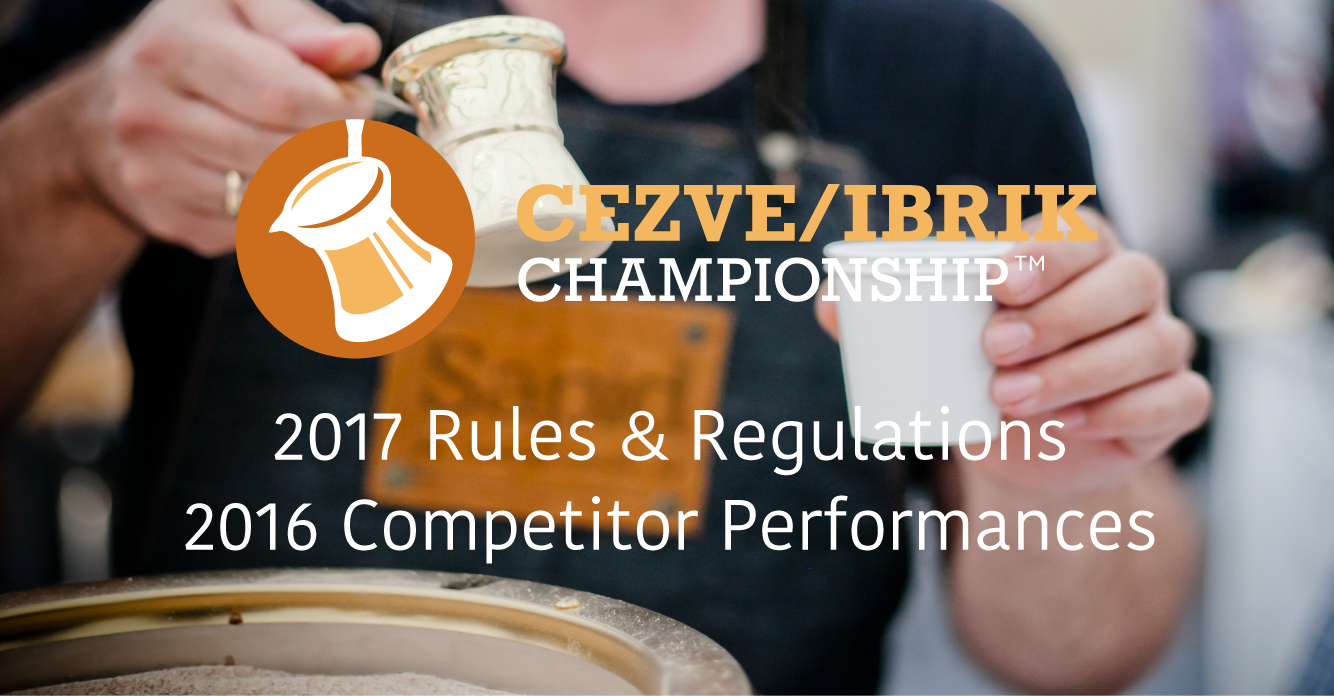 Honoring the tradition and history of one of the oldest forms of coffee preparation is at the very heart of the Cezve/Ibrik Championship. Seeing the varied and modern approaches taken by the nineteen competitors at the 2016 Cezve/Ibrik Championship in Dubai reinforced the positives of embracing the nuances in preparation styles of different cultures around the world.

With competitors’ technical scores improving consistently, the number of technical judges on the Championship stage is being reduced in 2017. New rules to introduce consistency in technical and sensory evaluation of the Simple and Signature Cezve/Ibrik courses are also being introduced.

Rules that set out equipment have been reworded, with the intention of ensuring a level playing field for everyone and reducing travel needs. Rules allowing additional stage furniture have been removed, and a standardized sponsor-provided grinder component introduced.

A number of rules have been updated to allow for more creativity and easier workflow in the competition, including the re-introduction of flexible course service order.

Connor Clarke 2017-02-21T15:11:51+00:00
We use cookies and similar technologies to customise content and advertising, to provide social media features and to analyse traffic to the site. These include the Facebook Pixel and Google Analytics. To learn about how we collect and process your data, read our privacy policy, which has been recently updated in compliance with the General Data Protection Regulation (GDPR). By clicking on this banner you consent to the above.Cookie settingsACCEPT
Privacy & Cookies Policy