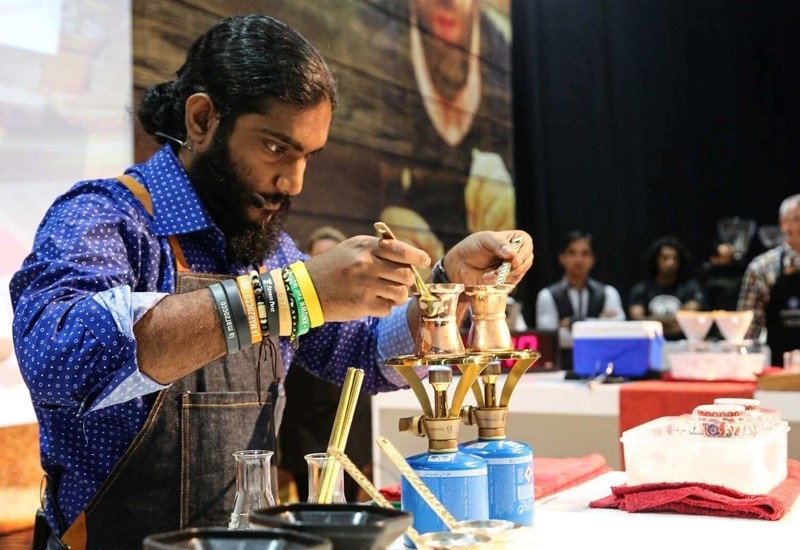 Ranjendran, whose regional title follows an earlier victory in the inaugural UAE Cezve/Ibrik Championship at Gulfood in February, impressed the judges with his signature blend.

As the MENA Cezve/Ibrik Championship winner, Ranjedran will represent the region at the World Championship 2017 in Budapest, Hungary.

“I am extremely excited and happy to have won this prestigious title and would like to thank everyone who has been part of my journey to the top,” he commented.

With the aim of promoting excellence in the centuries old art of brewing Ibrik coffee — the traditional technique of using a small, long-handled pot that is famously known as Turkish coffee — the MENA Cezve/Ibrik Championship was organised by the Speciality Coffee Association of Europe (SCAE).

*Note that this article was initially published by Nikhil Pereira on hoteliermiddleeast.com

james@scae.com 2017-02-07T13:34:02+00:00
We use cookies and similar technologies to customise content and advertising, to provide social media features and to analyse traffic to the site. These include the Facebook Pixel and Google Analytics. To learn about how we collect and process your data, read our privacy policy, which has been recently updated in compliance with the General Data Protection Regulation (GDPR). By clicking on this banner you consent to the above.Cookie settingsACCEPT
Privacy & Cookies Policy