The 9th Cezve/Ibrik Championships are taking place at the Gulfood event in Dubai, UAE.  After three full days of heats and performances from 19 international competitors, the judges have confirmed the six finalists that will compete to become the next World Cezve/Ibrik Champion on Wednesday.

The six finalists are Jerome Jumawan of the Philippines, Sara Al Ali of Saudi Arabia, Konstantinos Komninakis of Greece, Ekaterina Szasz of Romania, Hazel Atesoglu of Turkey and Karthikeyan Rajendran of the United Arab Emirates. Congratulations were offered to all of the competitors for their exceptional performances in what has been the most successful and competitive championships in the history of the event. 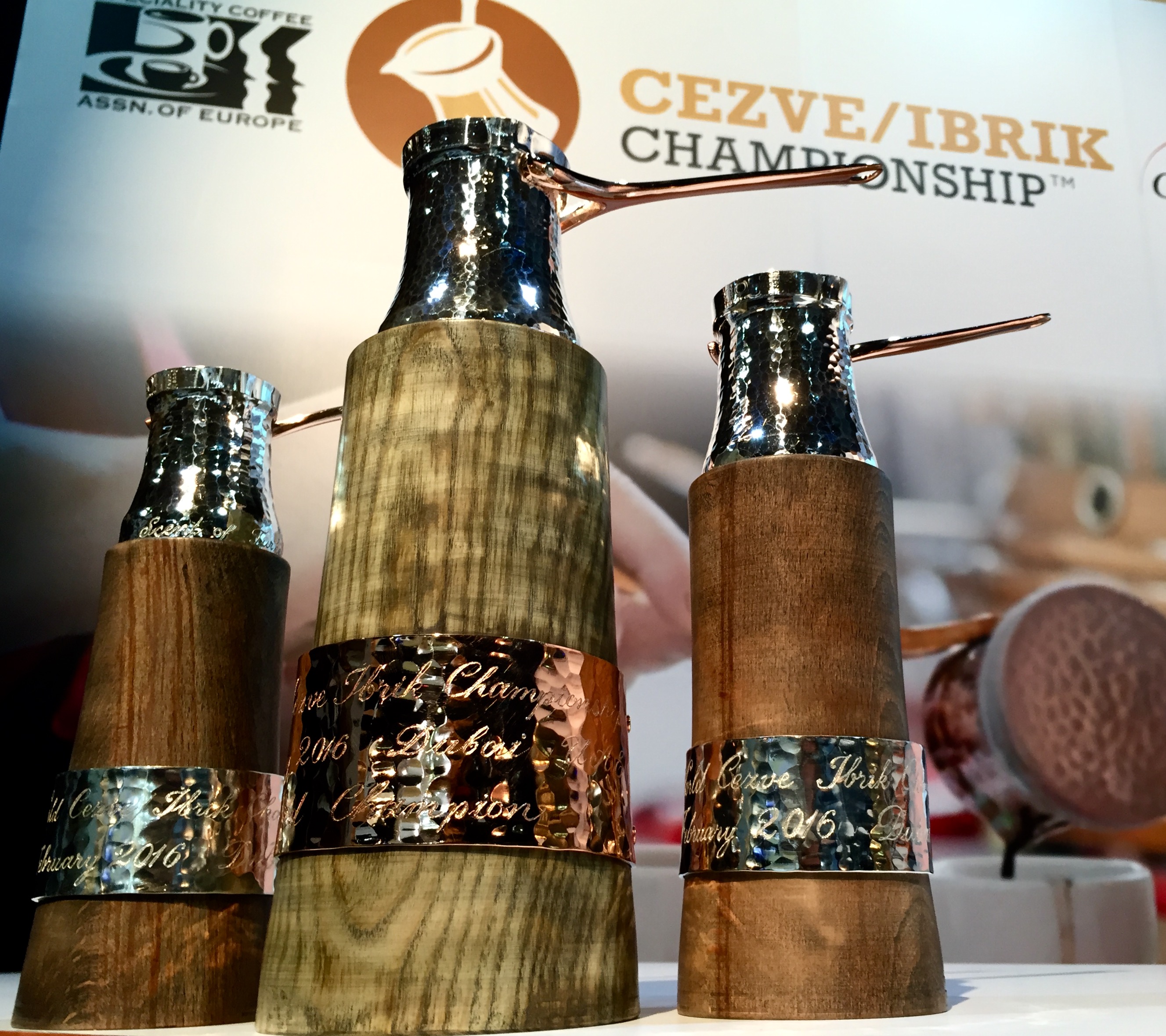 Organised by the Speciality Coffee Association of Europe (SCAE), and supported by sponsors Gulfood and Loumidis, the Cezve/Ibrik Championships is an annual event that celebrates the world’s most traditional brew method in a competition format.

Event organiser, Annemarie Tiemes of SCAE said “In recent years the art of brewing coffee in a cezve (ibrik) pot has grown significantly in popularity as more and more specialised equipment has been developed and made available for purchase. In what has previously been an event largely contested by Southern and Eastern Europeans, this year’s championships welcomed competitors from as far afield as the Netherlands and Uganda. Ibrik is enjoying a revival as people look to the next up and coming trends in coffee.”

Competitors are vying for the much coveted title of Cezve/Ibrik Champion, as well as the trophy that goes with it. Handmade by the event’s Award Partner, Soy Turkiye, the trophy is made from 100% silver and represents the hard work and passion that goes into brewing speciality coffee every day around the world.

In true tradition of the championships, SCAE collaborated with local partners Easternmen Co, Swiss Water Decaf, Karam and the Dubai Coffee Museum to offer a range of entertainment in the form of traditional dance, including performances from Arabian, African and Lebanon performers that entertained the hundreds of spectators and onlookers in attendance.

Khalid Al Mullah, part of the local working group in Dubai, said “So far the World Cezve/Ibrik Championship has received positive feedback and I am truly inspired by the huge presence from different nations. My expectations of this event have proved the capability of hosting bigger events at the Dubai World Trade Centre in the future. I would like to express my sincere appreciation to all key stake holders who were involved in making the World Cezve/Ibrik Championships such a great success.”

While the sun sets on a thrilling third and final day of heats, there is a buzz around the event as people eagerly anticipate the final day of competition as we look to crown our 2016 champion on Wednesday 24 February 2016.

james@scae.com 2017-02-07T13:32:26+00:00
We use cookies and similar technologies to customise content and advertising, to provide social media features and to analyse traffic to the site. These include the Facebook Pixel and Google Analytics. To learn about how we collect and process your data, read our privacy policy, which has been recently updated in compliance with the General Data Protection Regulation (GDPR). By clicking on this banner you consent to the above.Cookie settingsACCEPT
Privacy & Cookies Policy